Groups 1 and 2 received 50–100 mg of clomiphene, once per day. Group 2 also received 1 mg of estradiol cypionate and 10 mg of dydrogesterone. Group 3 received clomiphene plus acupuncture and moxibustion. The administration of care for all groups started on the 5th day of menstruation and lasted for 5 consecutive days. One treatment course consisted of three menstrual cycles. In total, 1–2 courses of treatment were applied. acupuncture treatment protocol was as follows.

Patients rested in a supine position. Upon disinfection, a 0.30 mm x 40 mm filiform

Additional acupoints were administered based on differential diagnostic patterns.

For liver qi stagnation, the following acupoint was added:

For phlegm and dampness, the following acupoint was added:

For blood stasis, the following acupoints were added

Additional acupoints were added based upon diagnostic patterns. For liver qi stagnation, BL18 was added; for phlegm and dampness, ST40 was added; for blood stasis, SP10 and LV2 were added. Next, moxibustion was applied to Zigong, CV3, CV4, and ST36. Subsequently, an electroacupuncture device was connected to the acupoints. The treatment was applied daily for 3–7 consecutive days. The results of B-scan ultrasonography conducted during the study documents that ovulation rates increase when acupuncture combined with moxibustion is applied.

needle was inserted into the following acupoints: 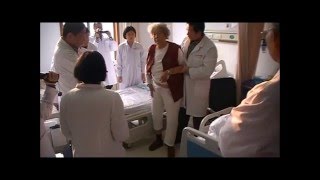 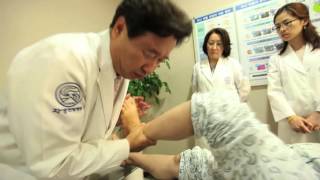 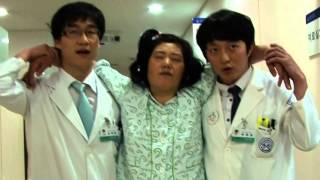